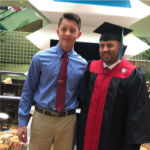 Jhon (JD) Chaves, Jr. is the 15 year old son of Detective Jhon Chaves, Sr.  JD was born with epilepsy and has suffered from seizures his entire life.  Recently JD was admitted into the hospital where he experienced over a hundred seizures a day.  Subsequently he was medevac to Miami Children’s Hospital and the pediatric neurological team have decided to surgically remove a small piece of JD’s brain.  This part of his brain controls his emotions , anxiety, and his ADHD.  The teams believes this is his best option; however, results of this surgery will not be known for approximately two years.  The family has incurred a large medical debt in relation to the extended stay, travel and medical expenses associated with this illness. 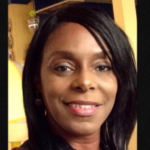 Michelle Cunningham has been a Deputy with the Palm Beach County Sheriff’s Office for 16 years.  Recently, Deputy Cunningham was diagnosed with Stage 2 breast cancer, which subsequently metastasized to her lungs.  This has been a debilitating burden in every facet of her life; personally, professionally and financially.  The disease, medication, treatments and complications have been an arduous challenge for Deputy Cunningham & her family. 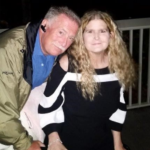 Laura Dunn is the wife of Deputy Christopher Dunn who has been employed with the Palm Beach County Sheriff’s Office since 1990.  Laura has been diagnosed with lupus, which is a systemic autoimmune disease.  Recently Laura experienced a flare up which has confined her to a wheelchair and has critically impacted her daily life.  There has been a severe financial strain with the purchases of numerous medications and medical equipment to sustain her quality of life. 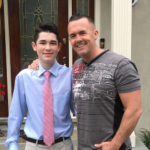 Jaydon Foster is the 14 year old son of Detective Jarrod Foster.  Jaydon was diagnosed with Friedreich Ataxia aka: FA in 2016.  FA is a rare inherited disease that causes progressive nervous system damage and movement problems; leading to impaired muscle coordination that worsens over time.   There is currently no cure or effective treatment.  This disease has accelerated heart disease in Jaydon’s body and he will be placed on a heart transplant list in the next few months.  The financial burden the family has incurred is overwhelming and the disease has taken it’s toll both physically and mentally. 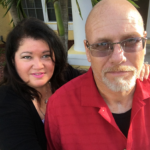 Deputy Fred Greer has been employed with the Palm Beach County Sheriff’s Office for 12 years.  In 2017 D/S Greer suffered a massive heart attack and is receiving treatment in Orlando.  D/S Greer is currently on a heart transplant list and continues to have other health issues.  The health issues have taken a toll mentally, physically and financially on the Greer family. 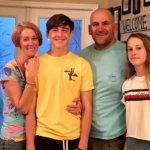 Carla Grosso has been employed with the Palm Beach County Sheriff’s Office for 17 years.  On March 30, 2018, Carla was diagnosed with breast cancer and in May underwent a double mastectomy.  Three days later, Carla had to undergo another surgery to stop the internal bleeding which had occurred and to replace one of her drains.    Unfortunately, the pathology report reflected she was not cancer free and on July 18th, she underwent another surgery to remove more cancer.  She will undergo another surgery in the unforeseen future and the physically, mental and financial aspect of this disease has taken a toll on the family. 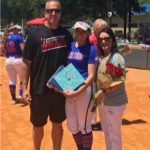 Agent Thomas Kelly has been employed with the Palm Beach County Sheriff’s Office since 2009.  This year Agent Kelly was hospitalized for kidney failure  and was diagnosed with Stage 2B bladder cancer.  He is receiving treatment in Miami and underwent chemotherapy.  Most recently, Agent Kelly underwent an 8 hour surgery to remove his prostate, bladder and urethra as the pathology report reflected the cancer had spread.   Once he is recovered from this massive surgery he will undergo chemotherapy again and additional testing to ensure the cancer has not spread anywhere else. 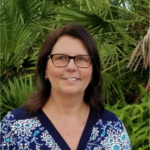 Communication Officer Linda Maiello has been employed with the Palm Beach County Sheriff’s Office for 17 years.  Linda has an extended gastro-intestinal illness which has required multiple surgical procedures and will require additional surgeries next year.  This illness has put a financial strain on Linda and she is the only source of income for her family. 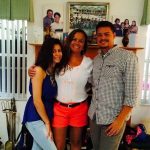 Xavier Moody  is the son of Supervisor Maria Moody.  Xavier was involved in a traffic motorcycle accident  and sustained serious injuries.  Xavier has under gone two major surgeries resulting in five percent of his body incased in a body cast.  Xavier has several more surgeries scheduled in the foreseeable future due to the extent of the injuries.  Xavier us unable to care for himself so Maria has become his caretaker.  This accident has caused a financial strain on the family.

Taisa Vasconcelos is the wife of Deputy Mauricio Vasconcelos.  A year and a half ago Taisa was diagnosed with Pemphigus Vulgaris; a rare, severe autoimmune disease. This disease causes blisters of varying sizes to break out on the skin and mucous membranes.  There is currently no cure.  Due to the disease Taisa missed many days of work which lead to her losing one of her jobs.  More recently she was diagnosed with rosacea.